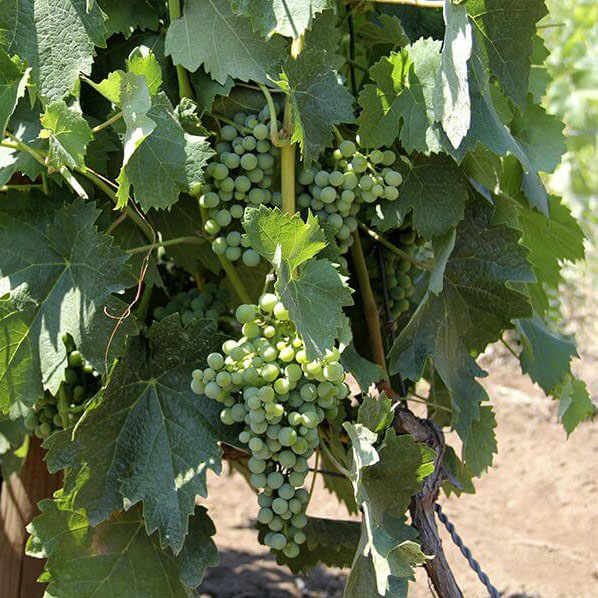 Grecanico Dorato is a long-established Sicilian grape variety that has been awarded a Controlled Designation of Origin. The wine obtained from such grapes has a hay-yellow colour, with shades of gold, and a fresh, fruity and flowery fragrance.

Grecanico Dorato is a white grape variety native to Sicily, although it might have originated in Greece and from there it was introduced to Southern Italy around the 7th-6th century BC. It used to be employed almost exclusively for cutting and assembly of other wines. The reevaluation of the Grecanico Dorato variety began in 1980, and the production area gradually increased. Grecanico is now attracting the attention of wine lovers because of its unique organoleptic properties, and it is definitely experiencing its much deserved Renaissance.

The Renaissance of Grecanico Dorato

The Grecanico varieties are used for making fresh and dry wines with an adequate alcohol content. Grecanico, which is one of the Sicilian Controlled Designations of Origin, is also used for the assembly of Alcamo, Sciacca and Contessa Entellina CDO wines. Grecanico Dorato is cultivated in the area north-west of Mount Etna, where 6,000 select specimens were planted by the Santa Maria La Nave Farm in 2004. This vineyard is located in the 1,100m-high volcanic soil of Contrada Nave, whose minerals concur in the rich fragrance of Grecanico.

Grecanico Dorato wines have an intense hay yellow colour with shades of gold. The fragrance is reminiscent of apple, pear, pineapple, tropical fruit, and bitter almond. To the palate it is warm, delicate and slightly sapid. On the virtue of the characteristic acidity of the grape variety, Grecanico Dorato wines will retain their fragrance and flavour for more ten years. Grecanico Dorato wines are best served at 12-13°C. They can accompany pasta, especially seasoned with fish-based sauces, clams, sardines and wild fennel. They are also excellent with shrimp tempura, Mediterranean-style raw fish, meat-filled or spinach-filled arancini, aubergine parmigiana and meatballs.