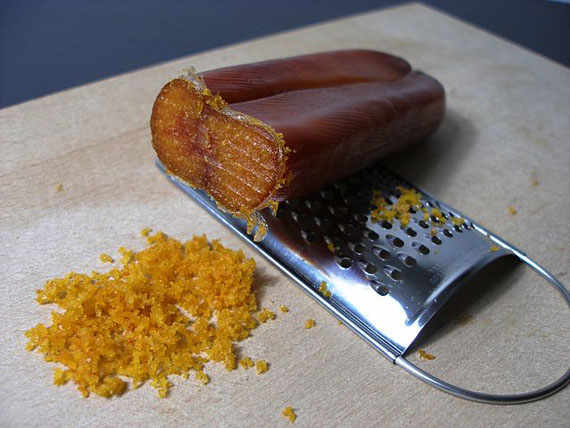 Link copied
The Italian word “Bottarga” refers to the salted roe or roe pouch of the grey mullet or bluefin tuna caught in the Southern Mediterranean and Tyrrhenian seas. It is largely divided into two types; “bottarga di muggine” (grey mullet) and “bottarga di tonno” (Bluefin tuna). There are also other varieties such as roe of the marlin fish. The history of bottarga is dated back around two thousand years to the people of Phoenicia, but is said to have been spread to Europe by the Arabs, when they conquered southern Spain and Sicily. The word itself is also said to be of Arabic origin.

The bottarga made from the roe of the grey mullet is made largely in Sardinia but is even found in Tuscany and is known for its dark colour reminiscent of amber. Meanwhile the bottarga made from the bluefin tuna roe is produced mainly in Sicily, but also made in one part of Calabria. It’s found in various colours from pink to brown, with a strong distinct flavour, and leaves behind a sweet taste of almonds.

The process for making bottarga is very simple. Take the freshly washed roe pouch, sprinkle it with sea salt and line it on a wooden shelf to dry. Wash off the excess salt, and press it to remove the moisture, utilising the hygroscopic properties of sea salt. After which it’s placed in a well-ventilated room to dry further and to mature. The time frame for maturation and drying varies depending on the size and the amount of moisture present in the roe. These production methods, as utilised in Sardinia and Sicily, are both produced in accordance with traditional methods, and have been awarded the EU marks for PDO (Protected Designation of Origin), PGI (Protected Geographical Inidcation) and TSG (Traditional Speciality Guaranteed).

Bottarga’s nutritional content is mostly protein. It has virtually no dietary fibre or carbohydrates, but it is full of unsaturated fats, good for lowering cholesterol. It also contains iron, as well as vitamins D, A and B12, making it very good for one’s health. The higher-end products have most of the salt removed and are well-matured, meaning that the flavour is not so salty. However for those less keen on salty foods, try bottarga thinly sliced or finely diced and mixed with extra-virgin olive oil. 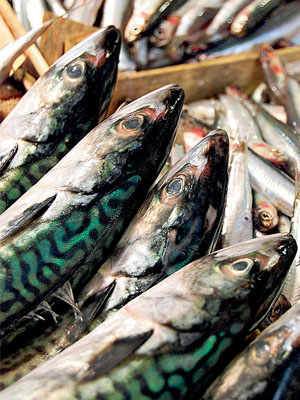 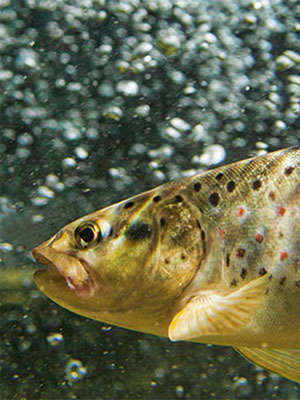