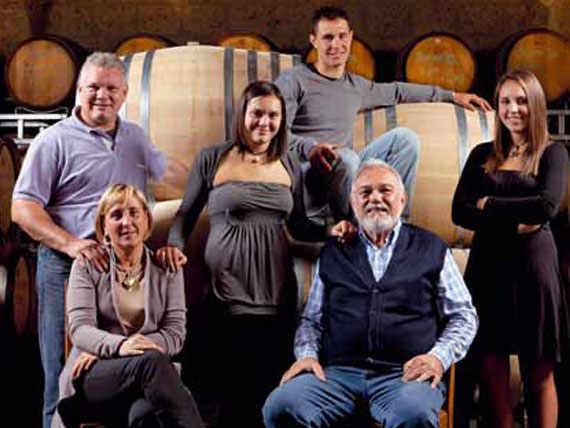 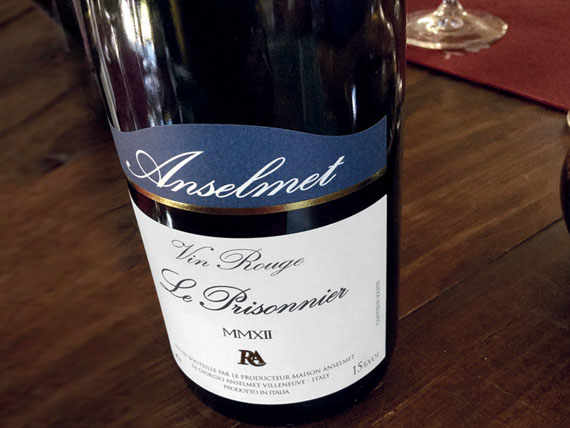 A toast in the mountains

Link copied
Situated in the Aosta Valley, which borders France and Switzerland, is the “Maison Anselmet” or Ansemet Winery. They first started producing wine in 1585, but their wine originally was made solely for the use of the local families. However since 1970, Anselmet began to sell their wine to the world, and have since become the most renowned Winery in the region.

The climate in Aosta Valley is ideal for growing wine grapes. However, the grape cultivation takes place amid the mountains and, in such cold mountain conditions with deathly steep drops all around, it is certainly no simple endeavour. Overcoming these conditions while producing such fine wine is what has earned the Anselmet winery its recognition.

It also happens to be one of the most technologically-innovate wineries, leading the way in hi-tech distilling. The fruit of these advancements has been an increase in both red and white wines that they now produce, of which a few shall be introduced below.

Bardas:
Anselmet’s latest wine. It is a red wine that is similar to the dry Amarone wine of Veneto. It’s fermented with a mix of different grapes: Petit Rouge (40), Cornalin (35%), Fumin (20%) and Maiolet (5%), all of which are cultivated in the mountain valleys 830 metres above sea-level. “Bardas” is a wine made in memory of the grandfather of Anselmet’s current owner Giorgio Anselmet.

Prisonnier:
Anselmet Winery’s signature red wine and spearheading the Anslmet’s wine sales. The grapes used are the same as “Bardas”; Petit Rouge (40), Cornalin (35%), Fumin (20%) and Maiolet (5%), and the wine is produced in very limited quantities. In a single year, a mere 1000 to 1,300 bottles are produced, making it highly sought-after.
This is because the land in which the grapes can be grown is incredibly limited due to the nature of mountain terrain. The name “Prisonnier”, or ‘Prisoner’ is in reference to the dangerous and confined mountain conditions of the vineyards. However in spite of these conditions, the result is grapes are sweet and beautifully balanced. The wine is left to ferment in Bordeaux barrels (French oak barrels which hold roughly 59 gallons), and upon being bottled it is left to age for at least two years.

Passito:
A white wine made from Pinot Gris (50%), Chambave Muscat (30%) and Gewürztraminer (20%) grapes. These three grape varieties are all cultivated and harvested differently, meaning that the labour and production of “Passito” wine is relatively unique.
Pinot Gris grapes are harvested from the vine when they are perceived to be at their ideal balance between sweet and sour. Whereas Chambave Muscat grapes must be dried as soon as they have been picked. As they dry they are placed into boxes and monitored with utmost vigil, lest they spoil during the oxidisation process. Then on the other hand, Gewürztraminer are not even picked from the vine, but are in fact allowed to fall naturally, and are only gathered when mould has formed upon them. These three grapes are then fermented separately, and only at the last stage are they mixed. Thereupon they too are left within Bordeaux barrels to ferment for around 18 months.