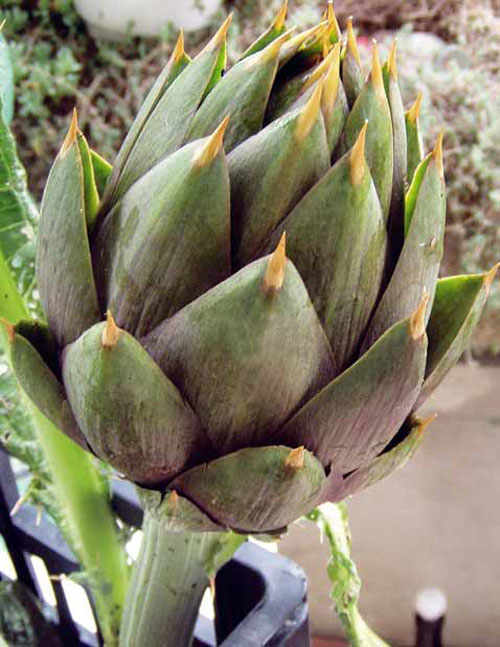 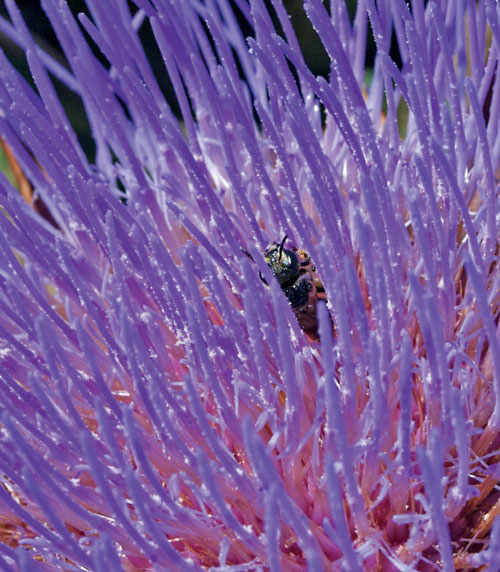 The Prickly, Yet Tender Artichoke of Sardinia

A soft but marked flavour, faint bitter notes, fleshiness of the head and tenderness of the stem: these are the organoleptic characteristics that make the Prickly Artichoke of Sardinia special.

Link copied
Thanks to favourable soil conditions, climate and farming techniques, the Sardinian territory is particularly suitable for artichoke cultivations. The first news about the alimentary consumption of this vegetable, whose name derived from the Arabic kharsuf and means “edible thistle”, date back to the ancient Egyptians. The parts of the artichoke that are mainly used for fresh consumption and processing are the heads and the stems. Rich in iron, in inulin (a polysaccharide mostly found in the heart, useful for decreasing cholesterol and triglyceride levels) and in phenolic compounds such as cynarine and caffeic acid, it is also a great alley of the liver. In fact, many are the therapeutic and medical properties that are linked to it: metabolizing, diuretic, hepatoprotective, laxative and others. However, if these health virtues are typical of any artichoke, the Prickly Artichoke of Sardinia has a higher concentration of polyphenols if compared to the levels registered in other varieties and it carries the DOP (Protected Designation of Origin) trademark as well.

Soft flavour, fleshy head
In the Campidano, the largest plain in Sardinia, this fine vegetable has found the ideal weather and soil conditions for its development. Thanks to 13,000 hectares of farming land and thanks to a production that exceeds 100,000 tons of artichoke heads, Sardinia is in the third position among Italian regions for the dimension of the area of cultivated land. The Sardinian Spinoso, a variety that not only differs for its aesthetics, but also for the organoleptic characteristics, represents 75% of the entire artichoke production. It has a particularly long stem that can reach 70 cm. The foliage is very thick and the head presents accentuated purple shades on the external bracts. The spiny leaves are accentuated, the shape is conical and elongated, and it terminates with a yellow spine. It stands out for an intense floral and thistle smell. The texture at the base of the bracts is fleshy and at the same time tender and crunchy. The flavour is full-bodied, with a balanced mix of slightly bitter and sweet, given by the presence of polyphenolic derivatives and cynarine. The astringency – caused by the presence of tannins, natural compounds in artichokes – is little perceived because it is counterbalanced by the taste of sweet, deriving from the presence of carbohydrates, typical of the Sardinian Prickly Artichoke. The fleshiness of the artichoke head and the tenderness of the stem add to the pleasant flavour, result of a balanced mix of slightly bitter and sweet, especially in the first flush artichokes. The productive cycle of the Sardinian Prickly Artichoke is long. The harvest starts mid-October and it finishes in January-February.

Preservation and transformation
Almost 25% of the entire regional production, that is almost 70million artichoke heads per year, is allocated to preservation (natural, brined, frozen) and to transformation (in oil, creams, sauces). There is then the preparation of fermented and refrigerated semi-finished products and of in oil, au naturel and frozen preserves. The Spinoso variety is always present on a Sardinian table and it is consumed raw or cooked, when it is used for the preparation of first courses, main courses with a prevailing meat base such as the famous panada lamb pie, second courses or side dishes. Thanks to its unique flavour, the connoisseurs prefer to eat it raw, in a salad, with slices of pecorino cheese or with a sprinkle of bottarga di muggine (mullet roe).