Located in Irpinia, in the Campanian inland, Cantine di Marzo is one of the oldest wineries in the southern Italian region. Its Fiano di Avellino DOCG is now debuting on the Japanese market, sold in shops and on-line by Vino Hayashi.

In 1647 Scipione di Marzo, first known ancestor of the family, left his hometown of San Paolo Belsito near the town of Nola to flee from the plague that was ravaging the region. He took with him some vines of a local white variety called at the time Greco del Vesuvio or Greco di Somma. Once he had settled in Tufo, he planted this variety in a region previously planted mostly in red. He became the founder of the wine Greco di Tufo. In 1648 he established his winery and the family palazzo in the walls surrounding the village which now are one of the main architectural features of the village.

Obtained from the finest must of the finest grapes, hand-picked in the middle of October, Fiano di Avellino has a taste of white flowers, lime and citrus fruits, with an annual production of 6,000 bottles.

Artecibo editorial board
Content edited by staff
09/07/2018
Dotful Afternoon Tea With Polka-Dotted Desserts
From 1st July to 31st August 2018, Conrad Osaka’s 40 Sky Bar & Lounge is the venue of a special ... 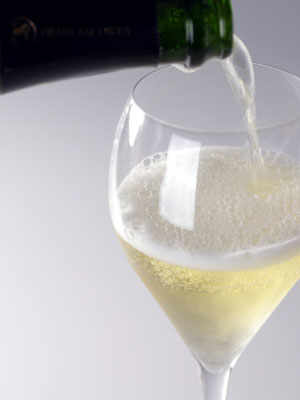 29/06/2018
Franciacorta at Isetan Shinjuku
The Italian top-quality sparkling wine Franciacorta will be dedicated an event at Isetan Shinjuku in July, ...
29/06/2018
Prosecco DOC Wine Restaurant Campaign 2018
This August the Consortium for the Protection of Prosecco will launch a campaign for the promotion of Prosecco ...
23/06/2018
ACCI Gusto: 8th Edition
​The 8th edition of ACCI Gusto will take place on the 3rd and 4th October at the Tokyo Metropolitan Industrial ...