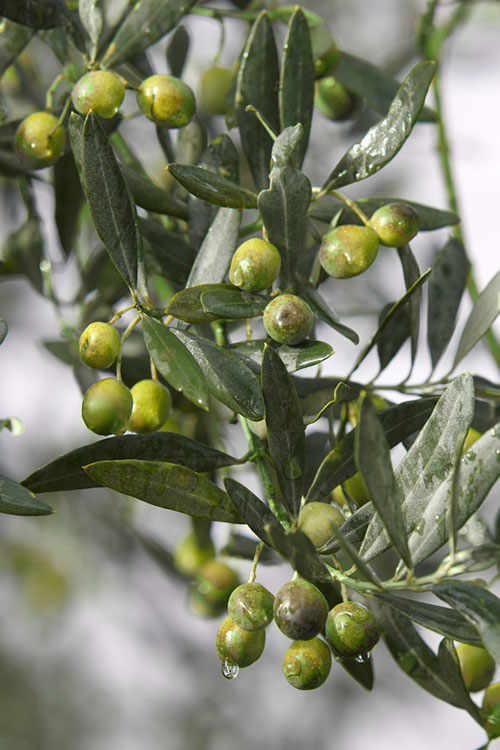 Link copied
The Chianti and Terre di Siena PDOs
The Chianti Classico and Terre di Siena PDO (Protected Designation of Origin) for extra virgin olive oil produced in the territory of the provinces of Florence and Siena has been recognized by the European Community Regulation EC 2446/2000, approved by the European Community with regulation EEC no. 2081/92. The production policies prescribe a number of procedures and guidelines that must be followed so that the oil produced can be of European recognition, including bottling and labelling operations. The enforced chemical and physical parameters ensure that the consumer always has high quality oil for its entire shelf life.
These two PDOs are among the most popular in the world. Thanks to the optimal percentage present in it, the Frantoio variety contributes to the creation of a mixture of olives or oil that generates the consecutive denominations of protected origin called Chianti Classico and Terre di Siena. The credit for this variety goes to the meticulous work that the Tuscan people have put in over the years to enhance products of excellence in the territory.

Organoleptic characteristics of Chianti Classico and Terre di Siena PDO oils
This territorial morphology creates different micro-climatic areas, that strongly affect the sensory characteristics and the secondary notes of the oils produced. In general, these two PDO oils have a fruity olive profile which at the beginning is very intense, evolving into medium intensity, with a green and rather marked taste. Among the secondary notes, the notes of artichoke/thistle and cut grass will surely be noticeable. Even their bitter and spicy tones can range from intense to medium.

The Carolea Variety: The Queen of the ...
The Lametia PDO extra-virgin olive oil has a fruity and well-balanced taste obtained by blending Carolea olives ...
The Frantoio varieties for the Chianti ...
The production policies for both PDOs consider an 80% to 85% contribution of four major varieties, namely ...