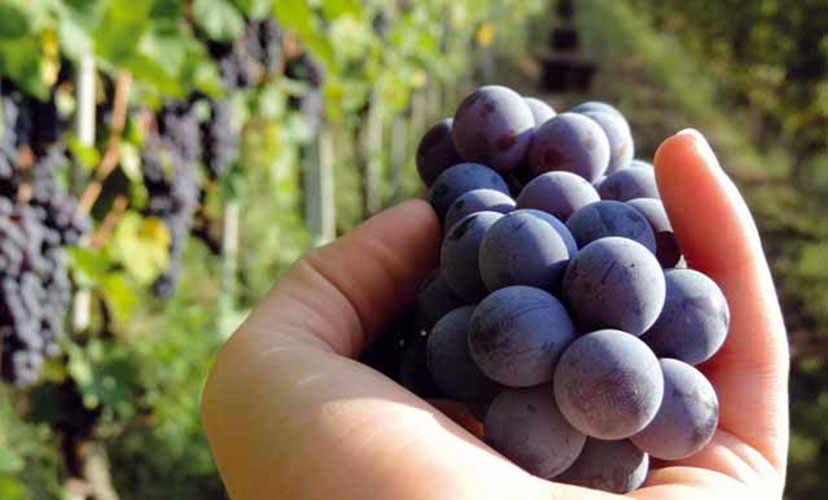 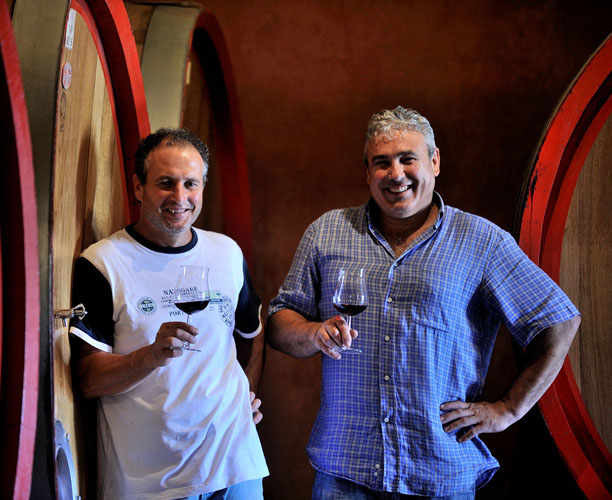 Barbaresco Wine of the Adriano Family

The renowned Piedmontese wine is made with Nebbiolo grapes, a variety native to the Langhe hilly region. You can taste and buy Barbaresco at the Adriano Farm, run by brothers Marco and Vittorio.

Listed among Italy’s most prized red grape cultivars, Nebbiolo is believed to be native to the Langhe, a hilly region near Alba, Piedmont, which was designated as UNESCO World Heritage in 2014. Nebbiolo has been cultivated in Piedmont since time immemorial. Barbaresco is the name of a village reputed for the quality of its Nebbiolo grapes. However, the widely accepted birthdate of Barbaresco is the year 1894, when Domizio Cavazza, the director of Alba’s Royal Oenological School, founded the Cantina Sociale of Barbaresco. Domizio introduced a new method for making wine from Nebbiolo grapes. In 1933 Barbaresco was acknowledged as a typical prized wine. In 1966 Barbaresco obtained a Controlled Designation of Origin that was upgraded to Controlled and Guaranteed Designation of Origin in 1980.

The Adriano Farm, run by the Adriano brothers, Vittorio and Marco, is located in San Rocco Seno d’Elvio, a hamlet of Alba, Piedmont. The farm was founded by Aldo, Marco and Vittorio’s father, who purchased the homestead in 1960, with the purpose of growing grapes, hazelnuts and cereals. He also started raising Fassone cattle for meat production. In the Nineties, Marco and Vittorio decided to cease all the cattle breeding activity, so they could focus on the cultivation of grapes and hazelnuts, and in 1994 they took on wine making. The farm covers an area of 47ha, of which 27 are vineyards, 10 are used for hazelnuts and 10 are left to forests and meadowlands. In addition to Nebbiolo, the Adriano brothers cultivate other types of red grapes, such as Dolcetto, Barbera and Freisa, as well as white grapes, like Moscato Bianco and Sauvignon.

The Adriano Farm aims to produce single-variety wines evocative of the territory and the local tradition. The vineyards are terraced and contour ploughing, that is the farming practice of planting across a slope following its elevation contour lines, is used to avoid erosion and placer mining of the soil. Ageing of the wine occurs in large 30-50 hectolitre non-toasted oak barrels. By doing so, the natural fragrance and flavour of the wine does not get overcome by the aromas of wood and vanilla. Since 2015, the Adriano Brothers have been making wine by means of spontaneous fermentation, that is without introducing any yeast starter. The Adriano Farm has an annual production of 160,000 bottles, which are sold domestically as well as exported to the United States and Central Western Europe.