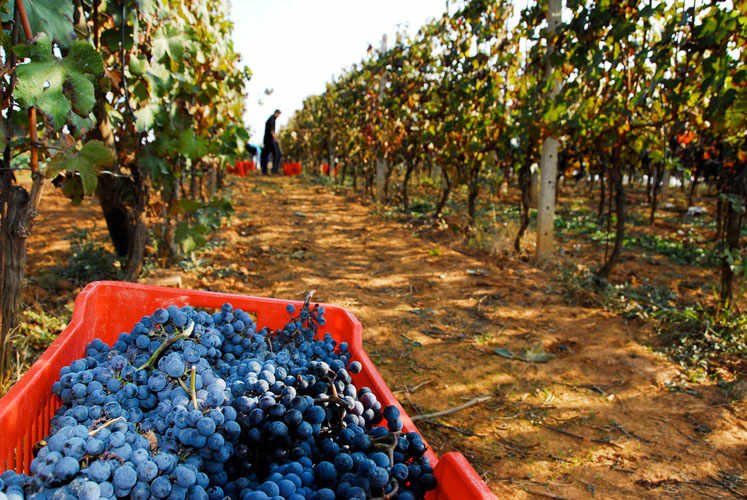 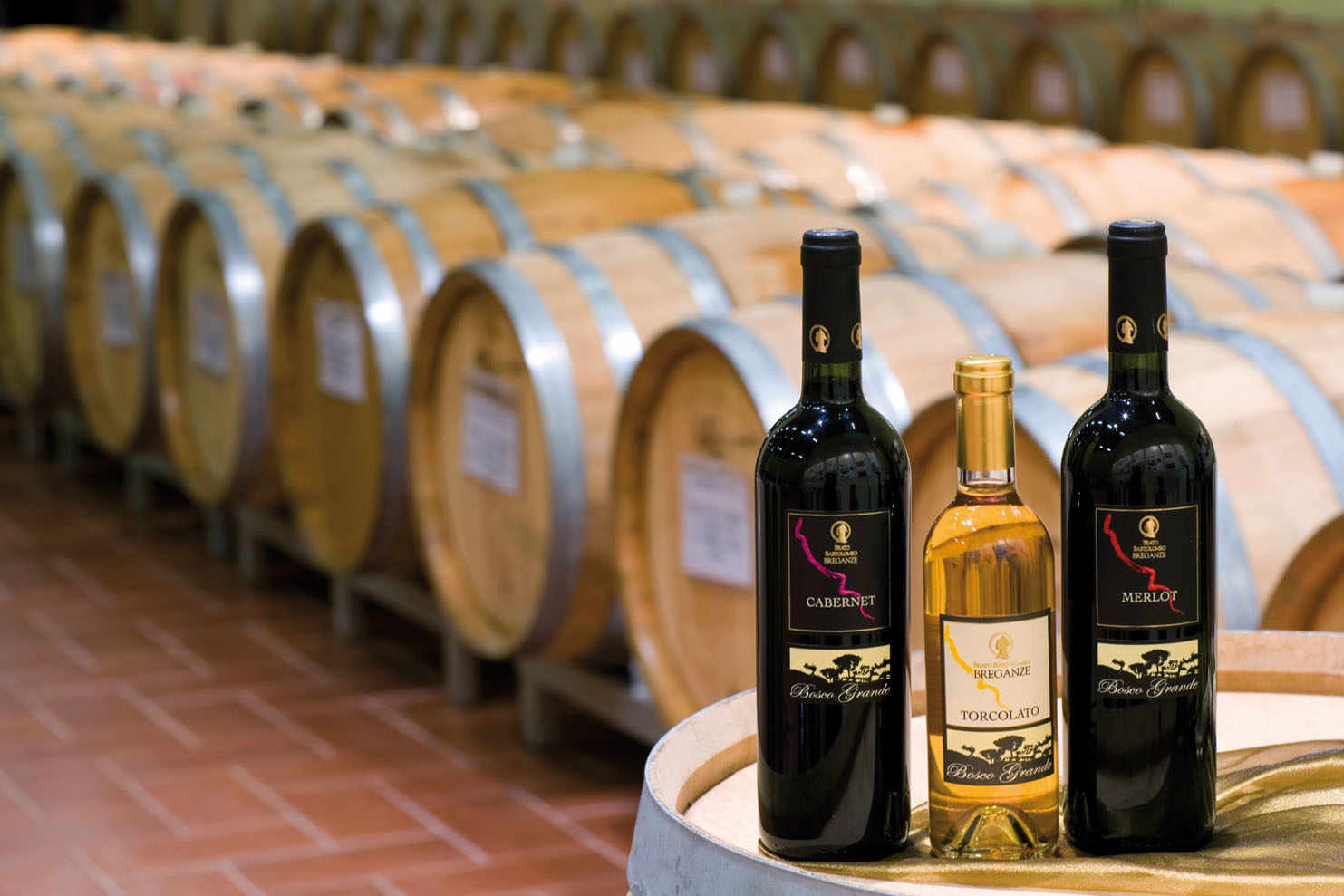 The Beato Bartolomeo Winery in Breganze has rediscovered and revived Groppello of Breganze, an ancient grape variety, which is naturally dried with Cabernet sauvignon to obtain an excellent dessert red raisin wine.

Link copied
An endangered wine grape variety
In the Breganze area, at the foot of the Vicentine Prealps, grapes have been farmed for at least a thousand years, particularly the Vespaiola white grapes and the Groppello red grapes. Coming in tight bunches, the latter type had been long forgotten, until it was rediscovered and revived by the Beato Bartolomeo Winery in Breganze and is now registered as “Groppello di Breganze”. The grapes, conferred by a small number of farms with forty-year-old vineyards, are used to make Ezzelino passito wine, which is named after a local lord.

The new Ezzelino passito
The new Ezzelino passito is a passito red wine with a Typical Geographical Indication (IGT), obtained a Groppello and Cabernet sauvignon blend, in a half-and-half ratio. The drying process makes the wine smoother and more agreeable, while retaining its strong, fresh and tannic character. The grapes used for Ezzelino passito are hand-picked and left to dry naturally until December, when it has reached a 38% sugar concentration and a 25% must yield. It is then transferred to the cellar for the fermentation and marc pressing – which means sprinkling the pomace with grape-must to extract the pigments and other components from the skin three times a day. The overall process is known as maceration and lasts twenty days. The annual production of Ezzelino passito amounts to 7,000-8,000 bottles. It has a ruby colour and an intense and fruity aroma. It is enveloping to the palate with pleasant notes of black pepper, a perfect balance of tannicity and softness and a fresh, dry and persistent finish. It is a dessert wine best served at 16-18°C.
The Beato Bartolomeo wines
In addition to Groppello di Breganze, the Beato Bartolomeo Winery has rediscovered and revived the Vespaiolo white grapes. Vespaiolo is used to produce a still wine, Vespaiolo Extra Dry sparking wine and a raisin wine named Torcolato. About twenty grape varieties are farmed in the area and around fifty wine varieties are produced, including still, slightly sparkling, sparkling and passito sweet wines. Ezzelino comes in 375ml bottles and is sold directly in three shops: the historic outlet, the Schio shop and the most recent Castelfranco Veneto shop, in the bordering province of Treviso. 20% of the wines is exported, which includes Ezzelino passito.