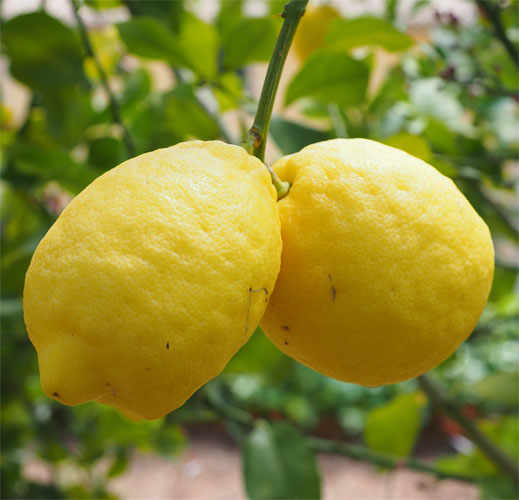 The Lemons of Lake Garda

On Lake Garda, La Malora farm has grown lemons since time immemorial. The produce, which is exceptional, at such a northern latitude, requires a few tricks to protect the plants from the winter’s cold.

In open soil In Gargnano, on the Brescia of Lake Garda, there are several lemon gardens, with walls, wooden shutters and glass panes to protect the plants from the winter’s cold. La Malora is an open-soil lemon farm owned and run by the Gandossi farm. The open-oil cultivation allows to have a higher yield, but it requires sheltering the plants in winter. High pillars are raised, giving lemon trees enough space to grow upwards and allowing air to circulate. Lemon farming on Lake Garda experienced a golden age. However, because of the harsh competition from southern lemons, the Garda lemon is now something of a rarity and most lemon gardens are now visited for a mere didactic aim.

One of the few lemon farms on Lake Garda is La Malora Lemon Garden, with terraces subdivided into 20m-wide and 6x10m-high units. The garden has southeastern exposure and, in November, is covered with a fir wood frame, glass panes and shutters.

The Garda lemon is highly regarded for its organoleptic properties, its thin, shiny peel and for its long shelf life. La Malora is now growing 30 lemon plants grafted onto a bitter orange stock, which has a better disease and pest resistance. Because of the limited quantity, the lemons are used for high-end products, such as limoncino (the local name for limoncello), marmalade and mostarda. The Garda lemon is smaller in size than other varieties. Rich in essential oils, its peel is the base for limoncello, which is made with 30% alcohol and 18-24% sugar. Lemon is also rich in vitamins C and A. It improves digestion and has important astringent properties.