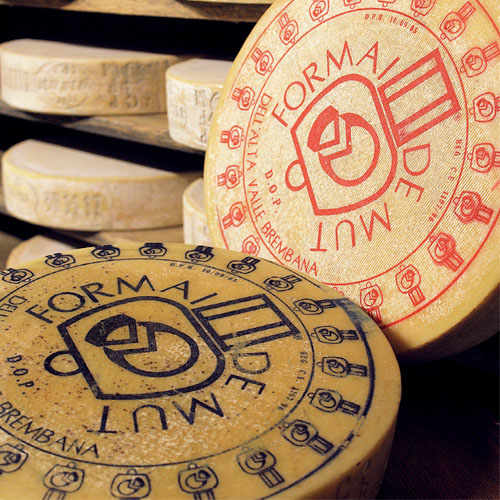 The Pastures of the Brembana Valley

Reaching on its own almost 6.5% of the mountainous territory of Lombardy, this valley is among the largest Mountain Communities in the region. A territory of particular interest, with forests and pastures where numerous cheeses are produced.

Link copied
Located in the province of Bergamo, the Brembana Valley includes 38 municipalities and spans 650 kilometres. This valley is one of the largest Mountain Communities in Lombardy, for it alone occupies almost 6.5% of the entire mountain area in the region. The Brembana Valley, in its northernmost part, fans out for about 40 km along the crest that separates this area from the Valtellina. Along the river, there are several valleys on the sides, such as the Olmo Valley, Val Taleggio and Val Serina.

Cabins, pastures and meadows
Half of the surface is covered in forest, a quarter by meadows and pastures, and the rest is occupied by natural and semi-natural areas. Lakes, wild deserted areas, urbanised portions and inhabited regions complete the atmosphere of the Valley. There are over 7,000 hectares of pasture land, 110 cabins used for pasture and over 5,000 ABUs (Adult Bovine Units) in the alpine areas of Averara, Carona, Foppolo, Taleggio, Mezzoldo, Valleve and Valtorta. The cabins and the pastures are an integral part of this Alpine landscape, synonymous with beauty and a great source of tourism for hikers and mountain enthusiasts.

A unique cheese production
Here, pasture is an ancient practice and cheese production is the activity that has characterised – and still characterises – mountain agriculture. To work and trade with the local cheeses that have long been in the market, cooperatives emerged such as the S. Antonio di Vedeseta co-op, the Social Dairy farm of Valtorta and the Social Dairy farm of Branzi; private companies also started, such as Caseiﬁcio Monaci of S. Giovanni Bianco. Among the most renowned cheeses there are Taleggio, Branzi, Quartirolo Lombardo, Salva Cremasco, as well as other lesser known ones such as Formaggella, Strachitunt and Agrì. In the Brembana Valley, there is also a production of goat cheeses, which have their own niche market. Among these, Formai del Mut is one of the first to be recognised as a DOP (denomination of protected origin) product. Today, it is protected by the Consortium of producers of Formai de Mut of the Northern Brembana Valley.