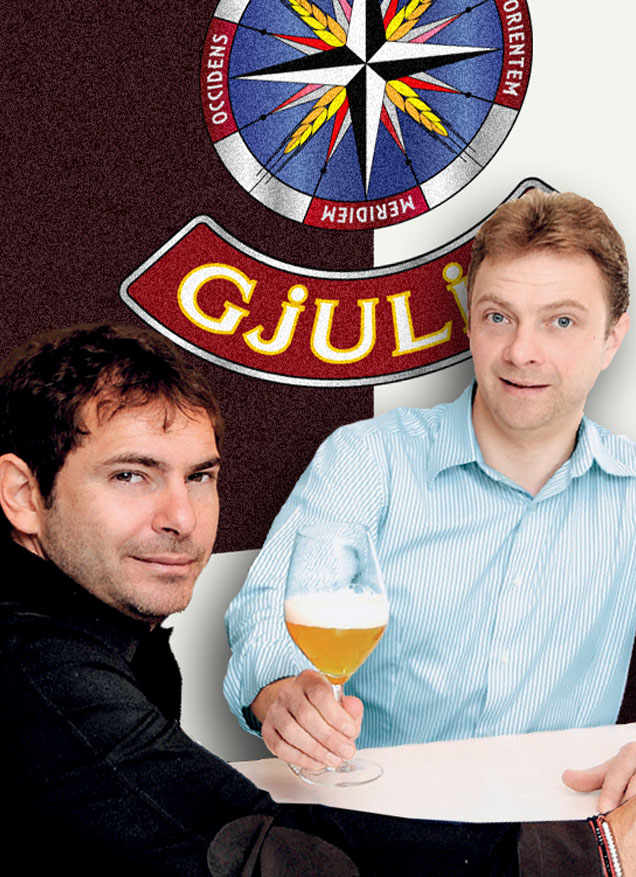 Beer has been produced in the Friuli-Venezia Giulia region for over two hundred years. Amongst these are beers which are brewed with the exact same methods even to this day.

Link copied
Friulian beer
Friulian beer brewing is a tradition that has continued in the region for around two hundred years. This brewing tradition is owed to its close proximity to the former Austrian Empire through which the tradition of brewing began in the mid-1800s. This tradition’s history speaks for itself: Dormisch began in 1844, in the mountain region of Resiutta in northern Udine, Moretti began also in Udine in 1859, and Dreher was born in 1865 in the city of Trieste. In Friuli-Venezia Giulia today there are as many as twenty micro-breweries, meaning the region has the highest density of brewers per capita in all of Italy.
Friulian Beer: Gjulia Beer
The brothers Marco and Massimo Zorzettig are the minds behind Birra Gjulia. Gjulia beer is an “agricolo” or “agriculture” beer, which is a label given to a beer where 51% or more of the ingredients are cultivated by the brewers themselves. First, malted barley is mixed with hot water to allow the starch content to be converted into sugars. Then the wort and barley are filtered and separated, and the wort is boiled with hops. When this mixture has cooled, yeast is added and the fermentation process begins, producing a rich-tasting beer. The beer is fermented at a controlled temperature for around twenty five days, and then sugars are added to begin the carbonisation process upon bottling, and the second stage of fermentation takes place in the bottle itself. The bottled beer is then kept in a room kept at a constant 25 degrees to allow the beer to ferment and mature. The Zorzettig brothers produce several different types of beer, such as the pale ale “Nord” (North), a blonde beer made with wheat “Est” (East), a stout beer “Sud” (South), and a red ale “Ovest” (West). They also produce an ale with 5% of the wort including pressed Picolo grapes that are grown in the hills of Eastern Friuli, and are used to make white wine.
IOI: Gluten-free beer
This beer’s name, “IOI” comes from the expression of joy in the local Friulian dialect. It is a beer made exclusively with malted barley, which then undergoes a special process which extracts the gluten without losing the taste of a true craft beer. The resulting beer is deep orange-yellow with a citrus aroma, and the taste lingers delightfully on the palate and can be enjoyed at any time. The malt used is grown by the brewers, and this beer too is secondarily fermented after bottling with no filtering nor pasteurisation, which leaves the natural yeast sediment in the bottle as proof.